Please only contact us to chase delivery if you are nearing the end of your lead time and you have not received your delivery date confirmation. More delivery details here.

Pop Veg – Creating a Veg Patch with a Raised Bed 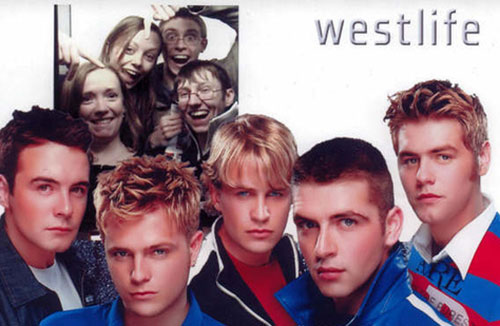 Who would have thought that a major hit in 2005 by pop-combo Westlife could be attributed to your back garden veg plot? Oh yes, I can exclusively reveal that the song ‘You Raise Me Up’ (you know the one - big ballad type affair perfect at weddings and maybe even funerals?) was inspired by the grow-your-own movement and the use of raised beds. I know it’s hard to believe, and may even shatter many emotional memories, but in these days of fake news, anything goes.  And apologies if the song is now in your head or you’ve had to look it up.

When troubles come, and my heart burdened be,

Then, I am still and wait here in the silence

Until you come and sit awhile with me.’

Sit awhile with me? Only after you’ve held the end of that scaffolding plank and I’ve screwed the lot together (screws are better than nails every time). And pass me that spirit level. Raised beds are a simple idea. You plonk a few scaffolding boards or thick lengths of timber in a square or rectangle, fix them together and get everything level. And fill with soil. You have now raised the level of soil. This does a number of things. It gives you a greater depth of soil to plant into - great for your deep root crops such as carrots and parsnips. The soil also warms up quicker allowing earlier sowing and you never have to actually stand on the soil, improving its structure.

‘You raise me up, so I can stand on mountains,

You raise me up to walk on stormy seas,

I am strong when I am on your shoulders,

You raise me up to more than I can be.’

Stand on mountains? More stand on the path around your bed. Don’t make the beds too big so that you can’t reach into the middle from the sides. It’s all about not having to walk on the surface. So, down on your knees, trowel in hand - can you reach the middle? If yes, you’re in business. If not, the bed is too wide. Walk on stormy seas? Hardly, but when surrounding parts of the garden are soggy you will be able to work on your raised beds as they drain better. To more than I can be? Yep, closer spaced plantings are possible in raised beds - and therefore more crops - than straight ‘growing in the ground’ usual type of gardening.

‘There is no life - no life without its hunger;

Each restless heart beats so imperfectly;

But when you come and I am filled with wonder,

Sometimes, I think I glimpse eternity.’

‘No life without its hunger’ - Yep, plants need feeding from time to time and raised bed specimens are no different. Many veg are hungry but remember, because you have filled your raised bed with top quality organic material, and used mycorrhizal fungi at planting time, feeding is needed when...well, needed! Keep a close watch on your plants. ‘I think I glimpse eternity’ is an extravagant claim but pressure treated wood is guaranteed to last over a decade and if pressure washed every year or so probably even longer. Plastic raised beds, like most plastic, will last an eternity.

And repeat - to fill as much of your designated veg plot with as many usable raised up beds as you can construct.

Now, I don’t know about you, already reeling now your favourite song has been ruined, but I think there is something missing from that tune. Another three verses to be honest. So, if Rolf Lovland and Brendan Graham are reading (and if not, why not?), have a play around with these sentiments to include in any future remix/mashup or whatever it’s called:

OK, it’s a case of fake news striking again - but the real news is that a raised bed or two will improve your garden by loads. Not bad eh, veg-pickers?